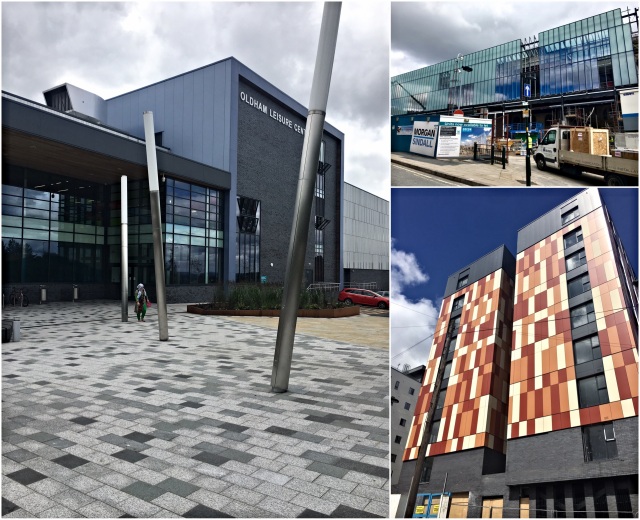 OLDHAM’S skyline and environment are changing fast – and the best is yet to come.

That transformation has been steadily accelerating since the opening of our town centre Metrolink line in 2014.

Walking around Oldham now you can’t fail to notice many new or improved buildings, plus new views and vistas, and the green shoots needed to improve our local economy.

You can see it clearly in areas like the Independent Quarter – where we are co-investing with people putting their life savings, daily graft and faith into breathing new life into the area – and it is steadily being replicated across the town centre.

The Old Town Hall is, of course, the flagship project and it’s already become a tourist attraction in its own right.

Every day you see people stopping to stand around the Cenotaph and the Greaves Arms sneaking a peek at the site and taking snapshots.

Although you cannot yet see inside the grand old building, I can confirm that work is well advanced and we now have a provisional handover date from our contractors.

Following that there will then be a ‘fit out’ period when the new tenants’ own contractors move into the units to install their own fittings and train staff. I can’t yet confirm the opening date publicly but your new ODEON cinema and restaurants remain on track to open later this year.

And it was great this week – before we’ve even opened the doors – to see the Old Town Hall scheme nominated for a major award.

The GM Chamber of Commerce has shortlisted it for ‘Building of the Year 2016’ and that’s a promising early indication of the kind of impact we’re expecting from a new regional destination that will put us firmly on the map.

If you can’t wait to glimpse that future then I’d recommend a visit to the new ‘Revival’ exhibition which opened at Gallery Oldham this week. 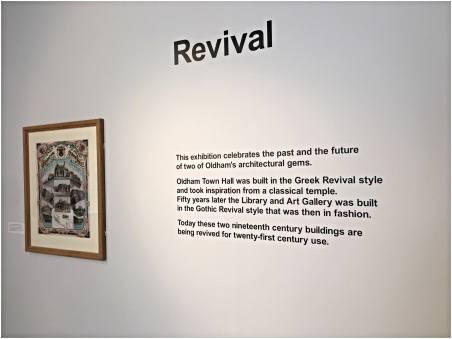 This looks at the Old Town Hall and the iconic old Library and Art Gallery building, which will become our new Heritage Centre, showcasing images and objects belonging to both as they are adapted for their new future uses.

Looking at that Old Town Hall site you can also see work is progressing well on Parliament Square, our new public space, and other much-needed improvements being made to the surroundings of the Yorkshire Street/Union Street area.

This will see better highways and pedestrian areas and an improved cycle infrastructure leading into the town centre.

That will make a significant difference to the appearance of that area, which will also be boosted by the new-build three-form academy primary school set to open at the former Grange School site in September.

Just down the road from there I had the honour of attending the official groundbreaking ceremony for Maggie’s Cancer Care Centre at Royal Oldham Hospital on Monday.

This will provide a fantastic place offering free practical and emotional support in an environment that will make a huge difference to the quality of care for local patients. The plans show it set in a sloping garden with trees growing up through the buildings – accessed over a bridge – with views down to a garden pool. It’s just the latest life-changing project to be funded by the generosity of the Stoller Charitable Trust.

But what goes up must also come down – and that’s another way in which regeneration is changing the skyline.

Earlier this year we pulled down the former Oldham Sports Centre on Lord Street which means residents on the new St Mary’s Estate (for now at least) can enjoy a more splendid view of Oldham Parish Church.

A couple of weeks ago I also pressed the button to demolish the seven-storey council-owned car park at Hobson Street which, let’s face it, has been an eyesore for many years and its demise clears that site again for a brighter future.

This was a cold, brutalist structure which, like the old St Peter’s Shopping Precinct (or ‘Windy City’ as many of us called it!) will surely not be missed by even the most nostalgic of residents.

In looking positively to the future like this, I’m also very conscious that we’re living in incredibly uncertain times.

The UK is in a difficult and challenging environment on so many levels at present and, as a mere Council Leader, I don’t for one moment pretend to have a crystal ball about what that lies ahead.

What I do know, however, is that having a long-term regeneration plan – both physical and social – is crucial to anchoring your confidence (and that of others) in your place and its ability to improve people’s prospects.

These latest signs of progress in Oldham’s skyline and environment show that we have that plan. Without it we would surely be exposing ourselves to even greater uncertainty.

This is my final blog now before the traditional Council recess break, but it will return on August 24.

Many of you will have holidays planned soon, so I hope you all enjoy fine family times and weather – and stay safe.