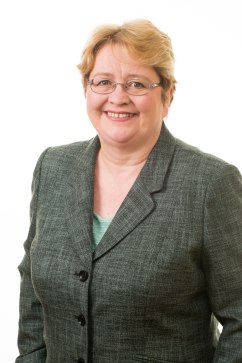 THE LAST few weeks have been a turbulent time.

The calling of a snap General Election meant that I had to stop publishing my blog almost immediately due to publicity rules and – since then – things have been a whirlwind with a frantic schedule of door-knocking and supporting local candidates.
I’ve also been busy on Oldham Council business and you’ll see some of that work coming to fruition with positive announcements about plans for Oldham town centre and the Prince’s Gate scheme due in July.
It’s undeniable, however, that we’re facing uncertainty at a national level.
The General Election has left us with a minority Conservative-led government and – even with the Democratic Unionist Party now alongside her in the voting lobbies – Theresa May will find things difficult.
Any controversial measures are unlikely to get through a Commons vote and the situation also means that any Conservative MPs wanting to ‘rock the boat’ could easily put themselves in a powerful position to obstruct government business.
What that all means for Oldham Council and local government remains uncertain.
Some commentators and politicians have predicted the election result means the age of austerity and funding cuts is now at an end, but only time will tell.
Last week’s watered-down Queen’s Speech also made no specific reference to many key issues facing local authorities.
Clarification about the future of council funding – or the original intention to have 100 per cent retention of business rates by 2020 – was glaring by its absence. And there are other questions, like what the government’s long-term and sustainable solution to the social care funding gap will be.
None of these will be helped by now having a minority government where solutions are likely to be a compromise, and the result of a painfully-paced bargaining process.

Since my last blog there’s also been significant domestic news – most notably the series of appalling terrorist attacks and the Grenfell Tower fire.
The attacks at Manchester Arena, London Bridge and Finsbury Park have raised all kinds of issues about our security, foreign policy and policing.
I can’t ever recall so many shocking events in such a short period, but it has also been met with a magnificent public response.
Locally, it was heart-breaking to learn that two of the innocent victims of the Manchester attack – Alison Howe and Lisa Lees – were mums from Royton who had gone to pick their daughters up from that Ariana Grande concert.
This was an horrific attack on innocent people going about their everyday business –on our way of life – and the community response has been inspiring.
Royton town centre became home to huge floral tributes, lengthy queues to sign books of condolence and a very moving public vigil at Tandle Hill Park: all showing the very best in local community spirit.

Four weeks on, the support from people wanting to show they stand together with the families was apparent again at last Friday’s funerals and at the Picnic in the Park at Tandle Hill, which was a wonderful idea by the families.
Hundreds of local residents showed their respects and were entertained by stage performances from Tony Walsh (the Manchester Poet, pictured right), Clint Boon and local bands.

I want to thank all those people, firms, partners and council staff who worked so hard to make that event happen. Offers of help came in all shapes and forms ranging from the donation of 1,000 pies, pastries and pasties by Greggs, to volunteers spending hours to clear the park of litter afterwards.
For those two families the hard work is only just beginning, but that display of support will hopefully at least have given them comfort that they are not alone.

Once again, I find myself in admiration of the human warmth, decency and kindness of our residents – and the courage of our amazing ‘blue light’ services.