VOTERS across our region will soon be electing their first-ever Greater Manchester Mayor on May 4 – and, yes it does affect you.

First things first. If you’re already registered to vote in Oldham Council local elections than you are also automatically eligible to vote on that day.

But I also know that many people are still unclear or confused about what the Mayoral post is all about, what he or she will or won’t be able to do, and how it all works.

This Mayor will not just be some sort of meaningless figurehead, it will be a role that will have significant impact on the future of Oldham, our services and prosperity.

Whoever wins the contest – and this blog isn’t the place for me to talk about candidates and policies – will be taking on a profile of regional and national importance.

The Mayor is tasked with working with the ten Leaders of Greater Manchester, including myself.  We are effectively the Mayor’s Cabinet for the Greater Manchester Combined Authority (GMCA).  The Mayor and the Cabinet will then work together with local services, Government and others to progress shared ambitions and opportunities and to tackle problems on a level of devolution unmatched anywhere else in England.

The Mayor will take on all the responsibilities of  the GM Police and Crime Commissioner post (which will no longer exist).  This will include setting the budget and preparing the Police and Crime Plan that sets priorities for Greater Manchester Police.

The Mayor will also take on responsibility for the functions of the Greater Manchester Fire and Rescue Authority and will have new powers on housing and planning.

And in terms of transport, the Mayor will be responsible for controlling the budget devolved from Government and new initiatives like re-regulating bus services and smart ticketing.

The post can easily be compared to that of the Mayor of London in terms of its standing – and that’s why it is vital that our borough continues to punch above its weight at Combined Authority level.

I’ve blogged before, for example, about the importance of the Inclusive Growth agenda at Greater Manchester level: striving to create an economy where everyone can share the benefits of growth no matter what the background is, where they live or who they are.

One way we are already doing this is by us all increasingly using our purchasing power as councils to collectively shift towards a consensus which no longer measures success solely by GVA (Gross Value Added to the economy) or a ‘fast buck’ return on investment.  Instead we focus on spending as much as possible in our own boroughs or within GM – supporting and helping local businesses to deliver genuine social value for our own areas and people.

The Health devolution deal is another great opportunity in that regard, putting us in charge of a £6bn budget which, if spent mostly across Greater Manchester, could make a huge difference to the local economy. 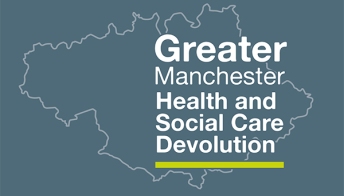 This Inclusive Growth approach could also be spearheaded by a strong Mayor, putting Greater Manchester’s values and approach firmly on the agenda at a time when it seems it isn’t shared at a national level.

I am proud that our region has such a great history of working together but I also know from talking to people on doorsteps everywhere that there is still a lot of work for us to do.

Politicians of all persuasions must continue working hard to make the case for the elected Mayor and devolution to all our residents between now and May 4 – and beyond – to help encourage participation and understanding across the region about these new arrangements.

That’s not an easy task, given the subject matter, but I do hope people will engage with us and listen to the debates that will be had.

Finally, if you want to find out more about the powers the Mayor will have, registering and how to vote, and the work of the GMCA then visit the new information website just launched at www.gmelects.org.uk